5 Most Expensive Indian Weddings Ever

5 Most Expensive Indian Weddings Ever 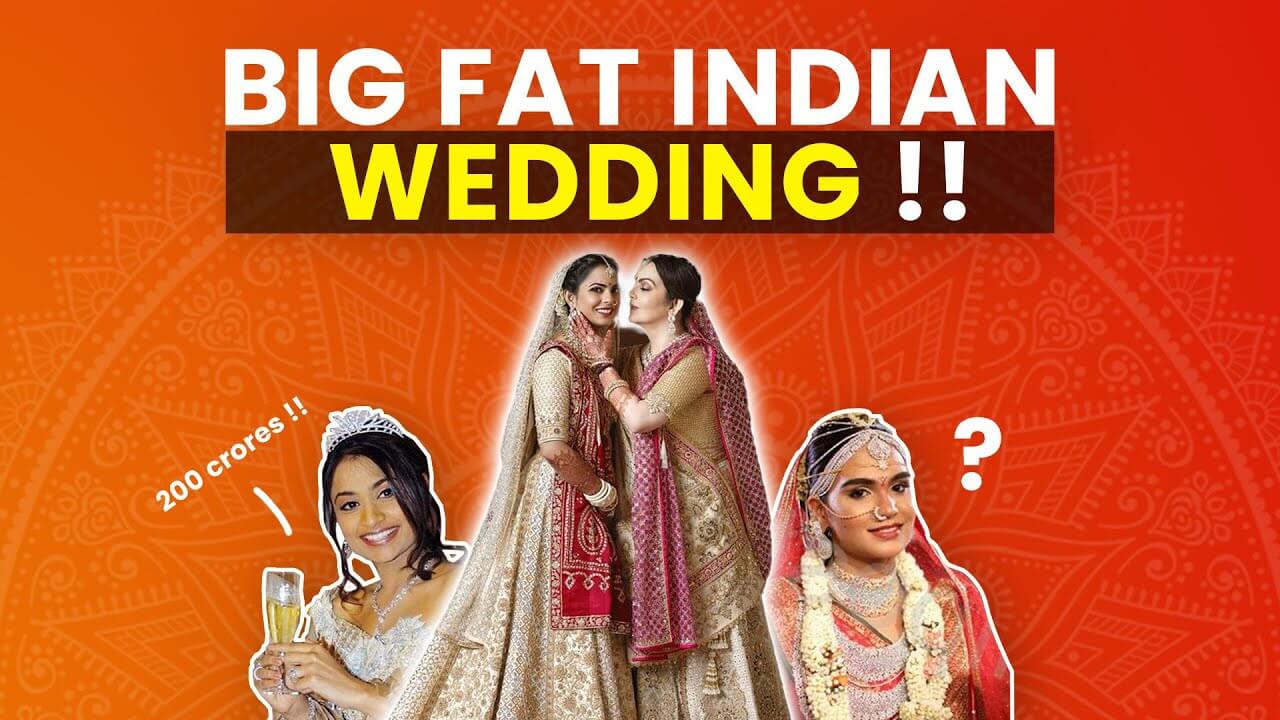 For Indians, marriage is not only a simple function where two people marry and decide to spend their life with each other in presence of other people. In India, a wedding is a whole, big, event, treated more like a festival, spread over a few days where people enjoy the hell out of themselves in different functions. We consider the wedding season as a different season altogether. People call our weddings ‘Big Fat Indian Weddings’ for some reason. Right!

People don’t like to compromise with spending on their wedding. This is why, we have seen some of the most expensive Indian weddings with spending going up to 700 crores and including private jets, an attendance from Hilary Clinton, Shaadi performances from the likes of world-famous artists like Beyonce and Bruno Mars. In this article, we will be going to talk about the 5 most expensive weddings that have ever happened in India in ascending order. Fair warning, some details may blow up your mind. :D

In the year 2004, imagine spending 200 crores on a marriage! Well, it can give a strange shock to many people even if you're the daughter of Lakshmi Mittal, the steel tycoon of India and also one of the world’s richest men. The marriage of Vanisha Mittal and Amit Bhatia, a banker and financier, comes at the 5th most expensive Indian wedding. Vanisha tied the knot with Amit in a three-day event in France at the beautiful Vaux le Vicomte estate, a historic 17th-century castle. It wouldn’t be hard to imagine that this marriage was the most expensive wedding of that year. All of Bollywood was invited to the marriage, while some of them also performed to entertain the guests.

A Six-storey cake weighing around 60kg. Yes, we are talking about a cake made by Michelin-star Chef Sergi Arola! It was one of the most talked-about things about the wedding of Shrishti Mittal, niece of Laxmi Mittal, and Gulraj Behal, an investment banker. With an estimated overall cost of 500 crores, this big-fat-Indian wedding comes at number four on our list. The wedding happened in Barcelona where the event lasted three days and more than 500 guests attended the different functions. One of the most amazing things about this wedding was that all guests signed the confidentiality agreement. More than this, this wedding was special for its food as more than 200 butlers and cooks were flown in from different parts of India and Thailand.

Spending 550 crores on the wedding. Yes, some people can do that.

Now think about doing it in the middle of demonetization. Well, not many can do that.

But Mining Baron Janardhan Reddy didn't think about all of this as it was the wedding of his only daughter. The extravagant wedding happened in 2016, right in the middle of demonetization, and many people were surprised by the cost of the wedding. Let us tell you about some of the fascinating things about this third most expensive Indian marriage. First, the wedding invitation card had an LCD screen. Second, the bride wore a Kanjeevaram Saree worth 17 crores, and did we tell you about worth 90-crore jewellery! Designed with a resemblance to the ruins of Hampi, the venue saw the attendance of over 50,000 guests.

Subrata Roy, the Indian Businessman & the chairman of Sahara India Pariwar, is always known for doing things differently. And he stayed true to his stature when he hosted a double wedding for his sons, Sushanto and Seemanto. In the year 2004, this double wedding cost more than 560 crores alone and made the headlines. It is believed that more than 11,000 guests attended the wedding and enjoyed more than 100 cuisines over there. Other than this, he also got 101 underprivileged girls married and fed 1,50,000 beggars on the wedding day. By organizing private jets for his guests, Subrata Roy made sure that this double wedding would be remembered for years to come! And he did it in style!

We are 100% sure that you must’ve guessed this name in the list right after you’ve seen the title of this article. With an overall cost of 700 crores, the wedding is at the top of the list of most expensive Indian weddings that have happened until now. And who else other than Mukesh Ambani, one of the richest men in India, can do that! He made sure that the whole world paused and took notice of the wedding of his daughter, Isha Ambani and Anand Piramal. The venues were in two different countries spread across 3 places-Engagement at Lake Como in Italy, pre-wedding functions in Udaipur, and a beautiful wedding in Mumbai. Also, apart from the attendance of A-list Indian celebrities, the wedding saw the presence of people like Hillary Clinton, the former First Lady of the US, and business tycoon Henry Trevis. Oh, we forgot to tell you one thing: Beyonce performed at their wedding. Yes, THE Beyonce!