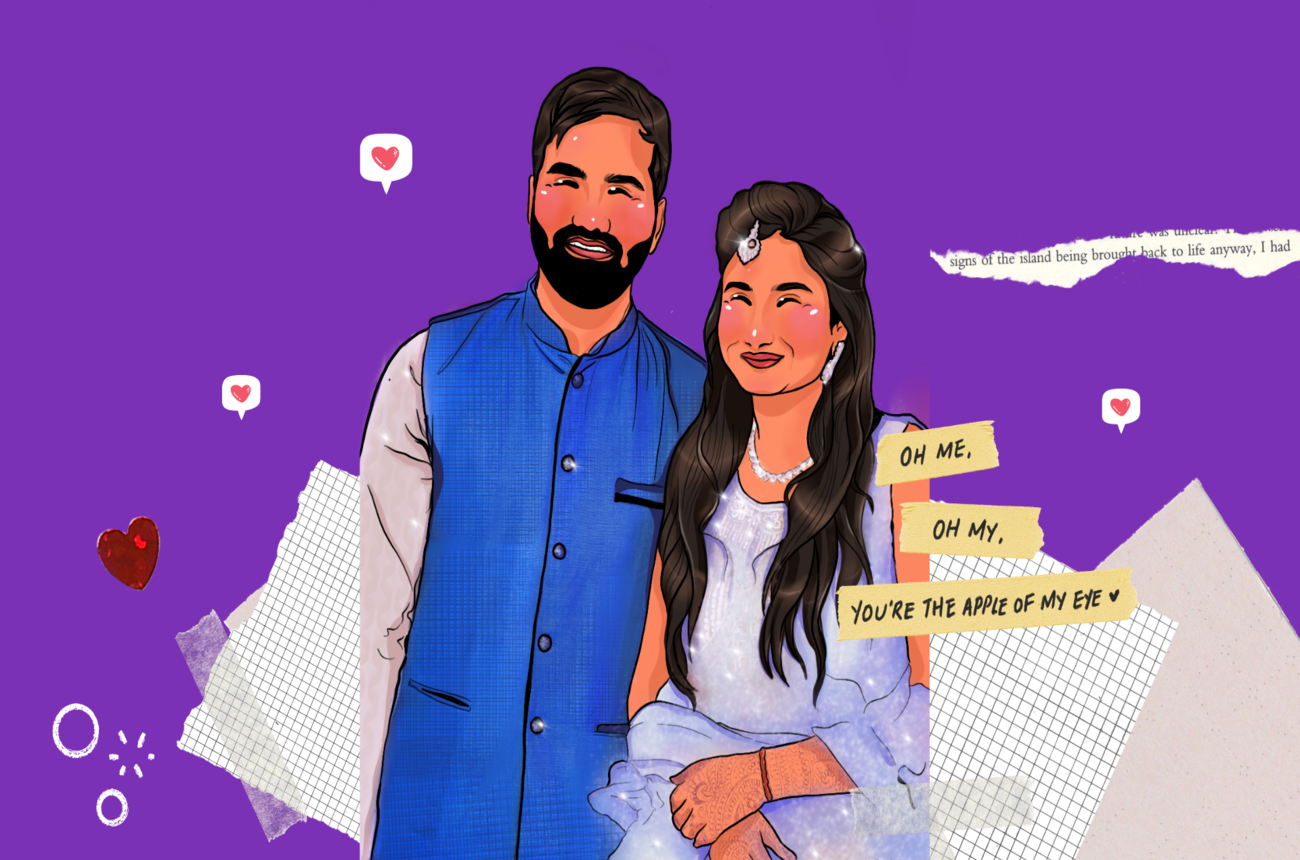 Their Love Story Started with Compatibility Scores and Never Stopped

Finding a compatible partner can be a daunting task in current times. Or say, it has always been. For Koustubh and Latika too, things weren’t different. They were also tired of finding their compatible partners until they found Betterhalf.ai — A trusted matrimony app for urban Indians. It might be hard for you to believe that two people can trust their respective compatibility scores when it comes to choosing a life partner. But, Koustubh and Latika decide to leap of faith.

Our recent success story is about a couple who decided to trust our AI-backed compatibility score based on their interests, preferences, and other things. To get this score, people only need to participate in a 3-minute small quiz through which our AI will learn about the different aspects of their personality and what kind of partner they are looking for. We were so happy to hear that Koustubh and Latika are getting married. All thanks to the maximum compatibility score she got with him among all the matches on the app.

As soon as we got to know about their story, we thought of sharing it with you. Why? Well, so that you can tell your daughter “It all started with the compatibility score on an app.” when she asks you how you met with her mother.

We got in touch with Latika to know the way their story unfolded, and we got some amazing answers. Our first question was when and how did they connect, to which Latika shared her extensive thoughts.

“We met in June 2019. I still remember the date. I don’t know how exactly. It was the 23rd of June. After which, we dated for three months until September to make sure that we are compatible with each other and if we are ready to take things forward in the future in terms of marriage. We both decided initially that we will involve our parents before we are sure enough about each other. The reason being we were a little bit apprehensive about what our parents will think about the idea of marrying a person through an App. We want to be sure before deciding on the marriage part. Somewhere between September and October, we were sure that we liked each other and should take things forward. So, we told our parents about our relationship.

Initially, both of our parents were reluctant because they couldn't trust an app. And we understand their concern. But then, in November, our parents met, and everything went well. Cut to December 11. We got married.”

One of the crucial things that sparked their relationship was the compatibility between Koustubh and Latika. Heaping praise about our app, Latika said, “For me, one of the best things about Betterhalf is that it provides a compatibility score based on our interests, education, and profile. I found that very relevant. I matched with several users on the app. But I got the maximum compatibility score With Koustubh, so I thought I should give it a try. Luckily, it was the same for him, and we matched. And that’s how everything started.”

Telling her about her idea of traditional marriages, Latika said, “As you know, in traditional marriages, how things happen. After one or two meetings with someone, parents get involved. There's a certain pressure from them to decide just after one or two meetings which can be tough for any individual. Also, I was so happy to see that in Betterhalf, there is no involvement of parents. It gave us the option to meet first and then decide what's in the store for us. So, for the first four months, we dated hard and met an infinite number of times. Those meetings helped us to get comfortable with each other.”

First meeting with someone special is always something that remains etched in our memories throughout our life. When we asked Latika to share her memory of the first meeting with Koustubh, she told us - “It was a pretty normal meeting. We decided that it shouldn’t be something fancy. We met, talked, and tried to understand each others' backgrounds, work, and life. Our intention was clear - If this will work out, we will take it forward to marriage because both of us were looking to get married in the next 6 months to 1 year. So, it was clear. But obviously, finding the right person is the primary task.”

So, when you guys met for the first time, what was your reaction? We mean what exactly was your first impression on seeing him. “I found him very handsome mainly due to his physique. I found him very attractive when I first met him. The way he talks and tries to engage in a conversation, I found it charming. To this date, our conversations never ceased to be amazing because of this aspect of his personality.” Latika answered, and we could sense so much happiness in her voice while telling this.

“Haha, it would be wrong to answer this question. You should ask this question to Koustubh.” This was Latika’s initial response when we asked what is that one thing about her that he likes so much. But what if you’d guess that one thing, what would it be?

“Well, in that case, it would be my nature to do everything in an organized manner. Like I always plan for things beforehand. That would probably be one thing. But for the first reaction, you will need to ask him only. I'm not sure what his first reaction was like.” Latika answered.

When people search for their Betterhalf, more than often, it is that one thing that makes them fall in love. And this can be different for different people. We were so curious to find out that thing about Koustubh that Latika likes the most. “He is pretty flexible, and you know, he always takes my share of opinion before making any crucial decision. He gives a lot of importance to me and I also do the same.”, she replied.

Our conversation was coming to its final moments. It was our final question to Latika, and we used it very wisely. We asked about her favorite memory before she gets married, after marriage, and during the wedding. See what we did there. :P

As soon as we asked this, Latika was lost in thoughts. And we can understand that as we disguised three questions in one. Gathering all her thoughts together, she replied, “I would be unable to pick any particular memory as my favorite one as there are too many.”

We requested her to pick anyone out of them. "So, there was a trip which he planned for me. It was a surprise trip for me. As I said, I like to do impromptu things. Knowing this, he planned a short trip and a birthday surprise for me. We did the Matheran Trek together, and it was so lovely.

During the marriage, there were so many surprises. We went to the Maldives on our honeymoon. The place was nice. It was also a surprise for me. I didn't know about the place where we were going until the last moment. So, it was a surprise factor for me. After marriage too, we've been going on a lot of trips. One such trip was to Goa. Also, one day after our marriage, I wasn’t feeling well and also didn’t want to order from outside. Koustubh doesn’t like to cook... but that day, he made a proper meal for me. Biryani and Dal. That is one of my favorite memories.”

Pretty romantic and caring, we must say.

We, at Betterhalf, wish them more such memories and happiness in their married life. We will be back with our next story soon. If you are also looking for your betterhalf, there cannot be a better time than now. Sign up on our app and get compatible matches in no time.