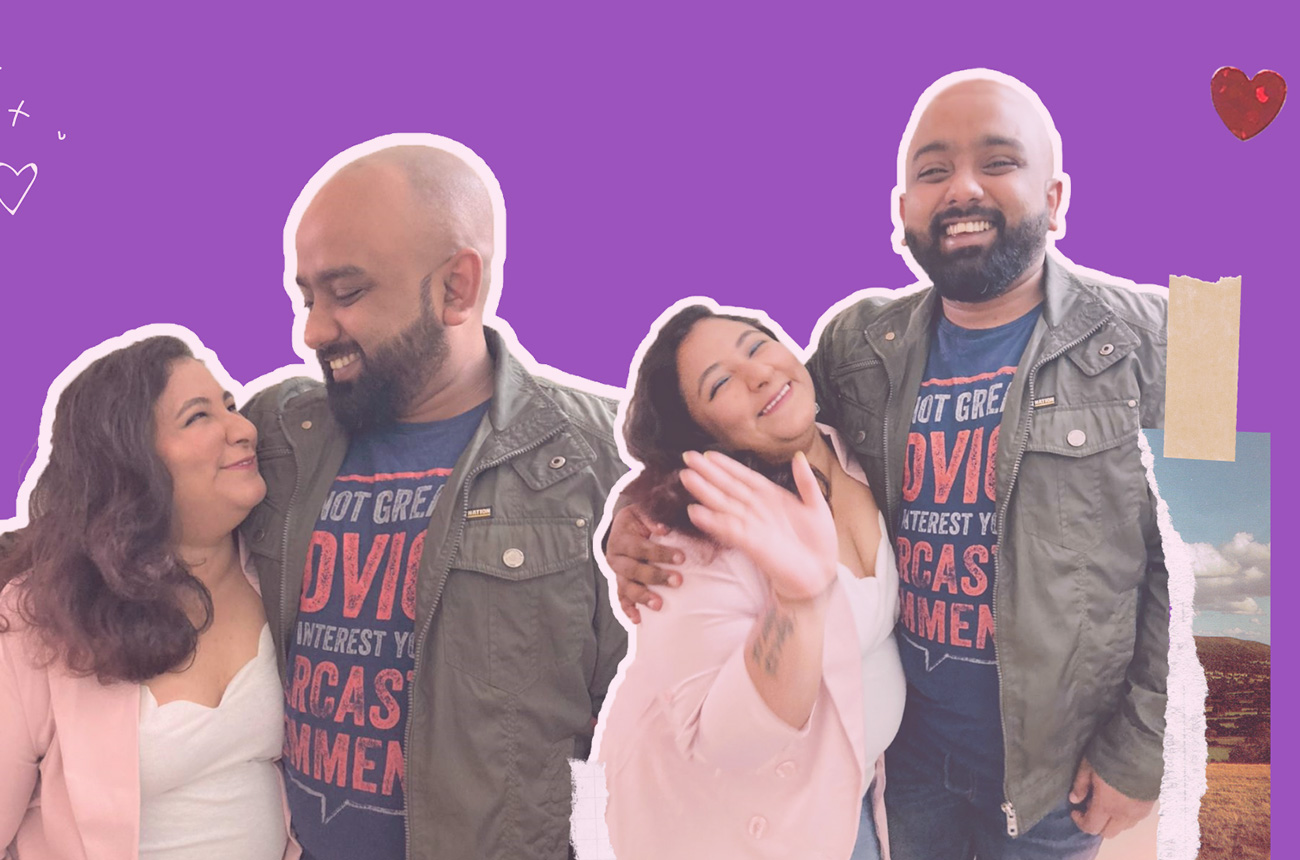 Can Coincidences Make Connections, that too, for Lifetime?

“It was a beautiful coincidence that both of us landed in Bangalore last January on the same flight. We didn’t know we were there together all the time. Cut to December, and we are getting married. I don’t know if it’s destiny or coincidence which played a big role, but since then, there has been no looking back...”

When we started our conversation with Anokhi and Prasant, we knew the definition of coincidence. But when we finished, we realized how beautiful and impactful it can be. Long after it ended, we weren’t able to get it out of our minds. Their journey has been nothing but a series of wonderful coincidences, conversations, and connectivity. We would like you to share some excerpts from our conversation with them.

Our first and foremost question to them was how exactly did they bump into each other. To which Anokhi replied,

“Prasant and I met in October 2020, when I was in Kolkata, and one of those totally single and hopeless situations. I have been trying all kinds of dating apps, but unfortunately, none of them were able to provide me with what I wanted. All I knew was that I wanted to settle down. Prasant connected with me in the first few swipes, and we started chatting on the app. The conversations we had were so intense that it didn't feel like we were speaking for the first time.”

Sharing her experience on the app, she told us, “The best part Betterhalf.ai played here for me was that the bios are so descriptive, unlike other platforms. It helped me know the other person already, not just the looks but the holistic personality.”

We would’ve liked to know more about her experience on the app. But at this moment, we were really curious about what happened once they connected on the app. When did they decide to meet? How was their meeting? Well, we asked the same to Anokhi, and her answer will certainly bring a smile to your face.

“We didn't start dating immediately, that happened later in Jan. But before we met, all we did was get to know each other. On the day we met, there was no looking back <3. Oh, and how did we first meet? Well, that’s one hell of a beautiful coincidence!”

“During October, there were a lot of times when we didn't talk for days and thought that we’ll end up being just another acquaintance. However, we didn’t know what destiny had in store for us. Later in Jan next year, both of us landed up in Banglore on the same day! And we legit took the same flight without knowing we were together there. Yes, I was as shocked to know this as you guys are right now. While I was setting up my house after landing, I was thinking about him and was kinda mad that he hasn't been messaging me, so I simply asked him. That is how we ended up meeting”

“Back then when we used to talk, we mentioned our dreams and realized that we have achieved them in this short period. So we thought of catching up on 26th Jan.”

Lesson: Sometimes, it’s good to talk directly. Because, if you don’t ask, the answer is always NO! So, better to brush aside your ego for your greater good.

Once we had information about the meeting, we couldn’t stop ourselves asking Anokhi about one thing in him that stood out and her experience of meeting with him. To which, she answered...

“Now, Coming from Bombay, I never expected chivalry from anyone, even though I appreciate it. And he was the first guy who offered to pick me up from my place. We went on a bike ride. It was awkward initially and I tend to talk a lot when I am nervous and he doesn't talk when nervous. Perfect! Isn’t it?” (Totally!!!!!)

“Very quickly the nervousness was gone, and both of us were talking. We spoke about everything. We were like enough of this, let's just go for a drink. And in the dating culture "your place or mine?" is taken differently. But for us, it was an unadulterated conversation and we just wanted to talk about life. I felt safe with him, and that's why I love him.”

It was just a perfect day, dancing and talking. All this time when we were dating, meeting each other every day was like a reward, a feeling called “it’ll be all alright with each other on the side.”

We would like to happily tell you that Anokhi and Prasant are getting married this December!! We, at Betterhalf, are sending them lots of love and most importantly, wishing for many more beautiful coincidences. May they keep catching more flights together (knowingly, this time! :P)!

-with love, for love