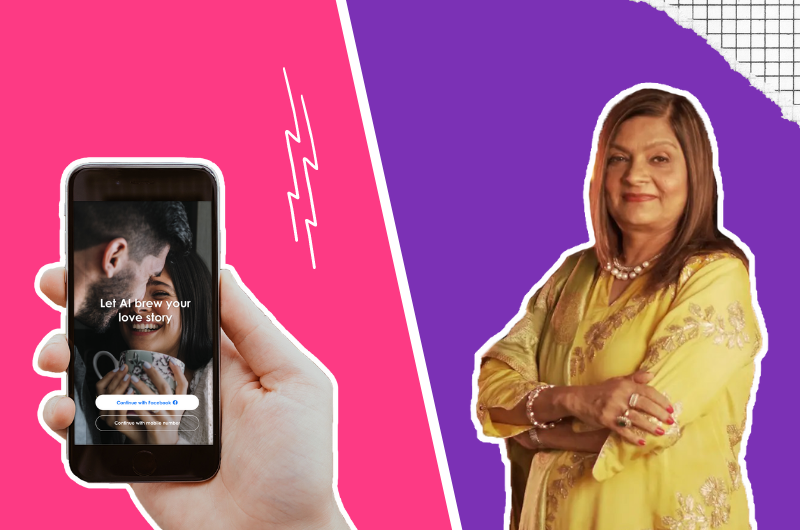 If you are on social media, you must have come across the memes related to Indian Matchmaking, the hit eight-episode long Netflix docuseries. Mumbai-based Matchmaker Sima Taparia became a social media sensation overnight. The show shed light on some uncomfortable truths about arranged Indian marriages by choosing a tongue-in-cheek take.

However, traditional matchmaking has slowly become a thing of the past. There has been a revolution simmering through smartphones - all thanks to AI-driven (Artificial Intelligence) matchmaking platforms. New-age matrimony platforms like Betterhalf.ai are now seeking the help of artificial intelligence and machine learning to help people meet their life partners. With so much technology at their disposal, they are doing wonders in predicting relationship behavior and matching like-minded singles.

As per the date of Betterhalf.ai, more than 10,000 couples use the app and it is a testament to their belief in the idea and power of artificial intelligence. Around 5,000 of them are now in a serious relationship and more than 1,000 have tied the sacred know through our platform.

So, what are those things that help AI outshine the legend of Sima Aunty? To find the same, we sat with the AI matchmakers of the app to analyze the top five game-changing areas. Let’s dive in!

You would not want yourself to bombard with tonnes of biodatas and swim through the infinite pool of candidates to find your betterhalf? For Sima Aunty too, this process can prove to be a slow ride up to the hill. That’s where Artificial Intelligence trumps over Sima Aunty. With the multiplicative and additive powers, the cutting-edge technology of Betterhalf can crunch millions of profiles in real-time and match data through the app. No need to do it manually. It takes a few minutes to predict compatible relationship recommendations.

One of the best things about this matrimony platform is it accelerates the overall process by keeping the accuracy intact. Betterhalf.ai has patented a ‘single-click matching’ mechanism which allows its users to sign in with Facebook. Just a single click and you can get a suggestion list of all the ideal matches for you predicted by AI. For Sima Aunty, it would be a tough task to have such crunchy and relevant data at her disposal.

#2 Bid Adieu to the Biases

In our country, marriage is not only two people getting married; it is much more complex than that. Biases about castes have always been prevalent in our society while thinking of marriages. Like Deshpandes don’t match with Ranes in the Maharashtrian setting. Similarly. Iyers of the South don’t like to get connected with Iyengars or Gujrati Shahs don’t look forward to marrying their children to the Joshis.

In our country, marriage involves a lot of permutation and combination. And in a diverse community like ours, this inter-caste and even intra-community biases affect and influence the task of a matchmaker. When you keep this aspect in mind, do you think Sima Aunty will opt for the open-minded way and match personalities? Well, in such a case, she would be forced to follow her prejudices.

On the other hand, AI has only one bias - Data, which too our team has been trying our best to mitigate. Apart from this, it has no preconceived notions based on caste, race, sub-sects, or professions. This is the primary reason why Sima Aunty misses out on the most important aspect of a relationship - Compatibility between two people. It’s 2020 and you cannot ask people to be ‘flexible’, ‘lower their expectations’, ‘adjust’, or ‘compromise’. Betterhalf.ai has a database of more than 300k genuine profiles all over India that helps them find their betterhalf without any compromise.

If you zoom in a bit more, you will also realize the shift in autonomy. With Artificial Intelligence-backed matrimony platforms, the power of getting matched with a compatible person lies in your hand, whereas with Sima aunty, parents get directly involved in the process. So, if you are keen on finding a compatible, like-minded partner, you can download our app here which entirely functions on compatibility parameters.

If you love watching stand-up comedy, there is a significantly low chance of you being paired with a sports freak who has zero interest in humor. Okay, so you love micro-gardening? Well, chances are you might be matched with a person who also has quirky hobbies. Well, all we want to say is you would want your partner with the same vibe as yours.

And several layers of filters in matrimony platforms help you choose the same. You can create a profile that will help you connect with people based on their hobbies, interests, ideologies, personalities. AI is multidimensional and its amazing algorithm can predict matches as per your preferences. However, Sima aunty is one-dimensional and given the limitations of a person storing massive data in their memory, a fair pairing is difficult.

If you noticed in the show itself, she has often failed in finding the right partner for her clients even after meeting several times. On the other hand, you have Betterhalf that has helped so many users across the country find their partner within the first 3 connections on the app with minimal effort.

So, the next time your family matchmaker asks you for your preferences, you know what to do! :P

Both humans and machines thrive on feedback. And our AI-driven app can take in instant feedback based on your chat replies, virtual meetings & dates, and matches ghosted or blocked. The amazing thing about artificial intelligence is that the cycle is quite quick, unlike Sima Aunty where there is a huge waiting time for the candidates to meet and interact and then narrate their experience. What happens is often, people lose interest in someone during this waiting time. And they might not even bother to call up the matchmaker and give detailed feedback. ‘He/she is not my type is the most commonly heard excuse given by people these days on dating and matrimony platforms. However, AI will investigate further by asking you quick reasons and factors that went amiss. This feedback is what will improve your overall experience.

Most matrimony platforms are free of cost. But you can only use their basic features. To unlock their premium features, you need to pay a certain amount that differs from one platform to another. It usually ranges between INR 500-2,500. Now flip the whole scenario, and a prestigious high-end famous matchmaker like Sima Taparia charges nothing less than INR 1.5 lakh. That too, only for bringing suitable matches.

So, what would you choose? Pay less with technology that guarantees or pay a bomb for getting matches based on compromises, horoscopes and biases?

You might ask - Why Betterhalf.ai? Well, we are not like traditional casual dating apps. We provide a serious platform to genuine people who are looking to find their betterhalf. We thrive on connecting two compatible personalities rather than connecting them based on race, case, appearance, complexions and religion.

People Also Read
From Activation To Selfie Verification: Here’s Your Step By Step Process To Use The Betterhalf App
Your Guide To Use, Delete and Deactivate Your Betterhalf Account
6 New Things To Look Forward in The Latest Update of The Betterhalf App
How 2 MIT Friends Left The US and Built an Indian Matchmaking Platform!
Why Betterhalf App Is The Best For Millennials Looking For A Companion Rohit
Of all the four matrimony apps on
my phone, I like using Betterhalf the
most. And it’s because how easy is
to use the app.
register now
Simranjeet & Pavneet
Priya & Mathew
Sayani & Rohan
Jasmine & Adhil
Met on Betterhalf
& got married 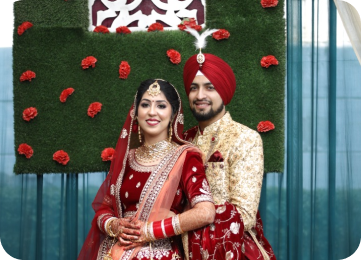 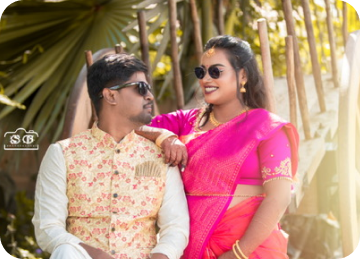 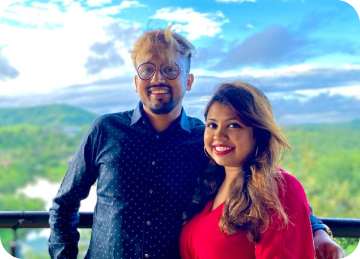 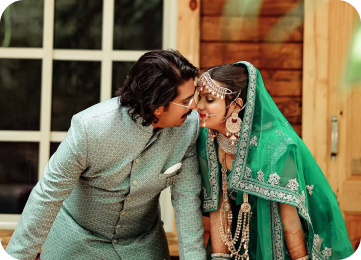