We Found The Top 6 Places Where Indians Are Meeting Their BETTERHALFs. Ready To Be Surprised!

We Found The Top 6 Places Where Indians Are Meeting Their BETTERHALFs. Ready To Be Surprised! 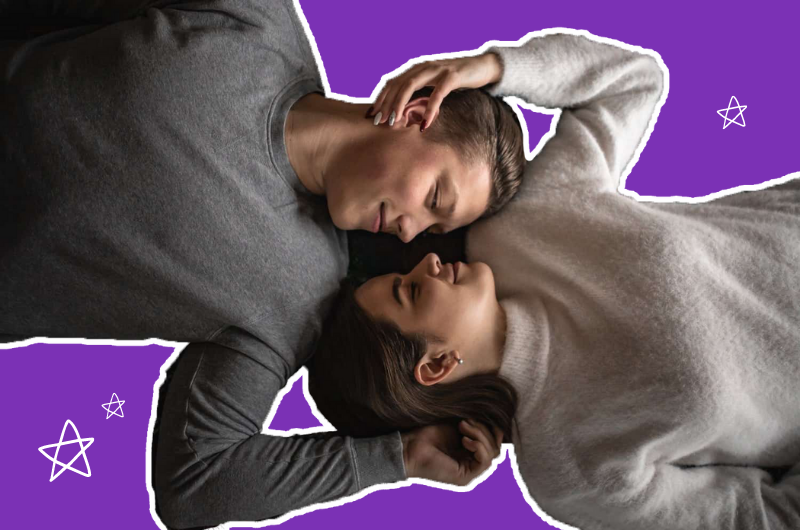 In our country, where a large portion of people go for arranged marriages, there have always been some outliers who choose their betterhalf themselves and opt for love marriages. Lately, there’s also been quite a trend of love marriages. And witnessing this, we can certainly vouch for the saying which goes like ‘Love can be found anywhere’.

To support this notion further, we, at betterhalf.ai, decided to host a survey where people shared their stories of love through which they found each other. And are you ready to be surprised? Because exactly opposite to what most of us might have thought, the world is slowly and steadily tilting in the favor of finding their love online. To get to the bottom of this newly found behavior, we collected around 1,500 entries from Metro, Tier 2 & 3 cities to get a grasp on where most people are finding their better halves. And as we expected, we found some pretty interesting insights. We would like to share the same with you. Have a look!

As per our survey, 38.7% of Indians have got into love marriages. Let’s look at different places where people are finding their compatible partners.

This percentage might not be the same now. We all know the reason. In pre-pandemic times, we used to spend more time at work than at home. And it is natural to like someone at your work when you are spending so much time together. 31.4% shows exactly this. A whopping number of Indians have found their partners through an office romance. When we asked people more about this, we got to know some beautiful stories of couples meeting in office cabs, work stations, and most surprisingly, job interviews! (YES! We were as shocked as you after seeing the last one).

Pranice from Mumbai told how he met her life partner while searching for a job - “We met at a job interview. We both were candidates and copied the Aptitude test answers.”

“We were working together in an organisation. In the male section, my hubby was single, and in the female section, I was single. Luckily, we met each other and found love in no time. That too, Inter Caste marriage. Also, I would like to tell you that my joining date was on 14th Feb 2007 on Valentine’s Day. This is how our love story started.” – SKJ, Ahmedabad

There should not be any further discussion about the fact that getting married to your best friends can be the best thing that could ever happen to someone. Correction: to two people. 22.5% of Indians are a testament to the fact that after the workplace, most people like to go on their marriage journey with someone who understands them wholly. Isn’t it amazing that so many Indians were lucky enough to fall in love with their childhood friends or college sweethearts?

“We were best enemies-turned-best friends-turned-love birds studying in the same college” – Richa, Vadodara

If your best friend isn’t your betterhalf, make him/her set you up with someone they know. YES, we are talking about mutual friends! And just like any other Bollywood movie, 21.3% of Indians, their best friends became their cupids. The reason behind this percentage is the understanding of a mutual friend about two people who they feel will be good together for marriage. They hold a special power of insight and can prove to be a natural matchmaker for two compatible people.

While sharing her experience, Neha from Agra says, “We met through a common friend when we went to watch Ghajini, and she knew we were a perfect couple before we even thought that way.”

Oh, how much we loved Orkut back then! Some of you might not have experience using Orkut. But whoever had used Orkut must remember how many friends they must have made there. People moderated so many forums, had so many crushes, sent and received a trillion scraps each day on Orkut back then. And above all this, Orkut made so many love stories.

Talking about love, how can we forget Yahoo Messenger, which played the role of cupid in so many lives. Don’t believe it? Well, hear the story of Swaranjali by yourself.

“We both met coincidentally through the internet. He found my resume on the desktop of one of the cybercafes in Kalyan and added me as his friend on yahoo messenger. We were strangers but started liking each other only by chatting. After two years of online love, we got married 😊🤩”

And if you have this misconception that by social media, we are only referring to Instagram and Facebook, we are sorry! People have found their betterhalf from the deepest parts of the Internet. One such example is Arriana from Shimla.

Sharing her experience, she said, “I met him from one of the famous gaming apps called CLASH OF CLANS (COC). I was the leader of the clan and he came to my clan to challenge me into a war fight. Next thing we know, we already started falling for each other 😄”

We accept that the concept of finding a betterhalf via dating platforms is comparatively new to India. And many people attach them with the idea of either hook-ups or flings. But all of this is not true. As Rumi says, “What you seek is seeking you.”. Much to our surprise, 3.7% of Indians have accepted that they found their love on dating apps. The times are changing, for sure!

Apart from the places we mentioned, we cannot deny that love can happen anytime, anywhere. And as per our survey, 11.6% of Indians believe the same. We got to come across a few intriguing and interesting love stories of people meeting in the weirdest of places - Temples, Court, Random trips, Airports, Bus stops, Libraries, Workshops, Cafes, Clubs, etc. We’ve picked some of our favorite stories to savor with y’all!

“I was at a night out party with my friends at a resort and he came with his group of friends. I kept looking at him the whole night since we were all at the pool. Suddenly I saw a common friend and asked him to tell my now hubby that I was interested in him. My husband turned it down, and that was the end of it. I didn’t bother and kept partying with my friends. The next day everything changed, we connected on FB and then exchanged the numbers, and five years later, we are happily married expecting our first child.” 😊– Azia, Mumbai

“We had both signed up for a three-month weekend workshop. We only saw each other for the first week, and from the next week on, we became friends. It has been six years since that day, and now we have been happily married for a year and a half.” – Hemali, Aurangabad

“We became pen friends through the newspaper.” – Ivy, Siliguri (WOW! We stan you, Ivy!)

“Just got a call, which was the wrong number and ultimately became the right one!” – Hemal, Mumbai

“I met my hubby by coincidence during a bus trip in 2003. We had gone to family functions. After 1.5 hrs our bus got punctured. We saw each other while we were waiting for another vehicle. He coincidentally sat beside me, talking to my mom & brother. In 2 hrs journey, we liked each other, dated for five years & finally in 2008 we got married. In short - SAFAR ME HUMSAFAR MIL GAYA” – Avani, Vadodara

“I met him when at a shop I used to recharge my phone. He owned the currency shop. After a few meetings, we fell in love and now are married.” – Mehak, Davengere

Don’t you think these love stories are so adorable and beautiful?

Now, going forward, we would like you to look at the distribution of marriage in India.

38.7% of people have done love marriages. Even though Indian families and relatives have always frowned upon the decision of love marriages, we are glad that people are turning towards love marriages these days. Other than this, many people have also started to trust matrimony sites to find their compatible life partners.

One of our biggest surprises was 38.2% and 35.8% of love marriages in Tier 2 and Tier 3 cities, respectively. Surprising, isn’t it? Well, that’s something to celebrate as India is showing signs of progress by letting the youth make decisions for themselves. And we, at Betterhalf are all hearts! <3

If you are someone who believes in love marriages and looking to find a compatible life partner with whom you can spend the rest of your life, Betterhalf.ai is the place. Join now and find the one you’ve always been looking for!