5 Little Things You Can Borrow from Dhruv and Kavya

5 Little Things You Can Borrow from Dhruv and Kavya 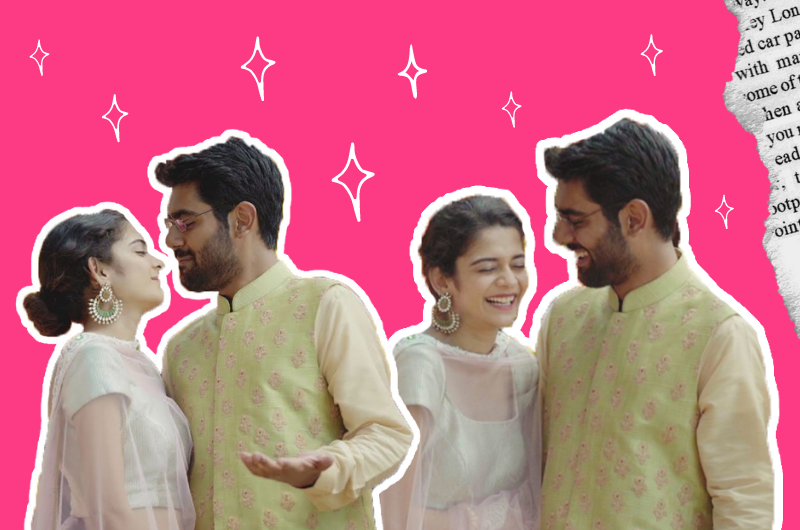 Recently, we did an Instagram poll to find the best on-screen couple, and true to some of our team member’s expectations, 73% of our followers voted for Dhruv and Kavya from the Little Things, a show about modern-day relationships. We know that we promised our Betterhalf followers to tell you about the things that made Dhruv and Kavya win the poll with such a margin. So, without wasting any time, let’s start doing exactly that!

But first, some context for people who don’t know Little Things. On October 25, 2016, Dice Media came up with a web series on its Youtube Channel that was just a story of two ordinary people in a simple relationship and their little, common struggles. Little did they know about the future that will make the show so popular among people that they will idolize the relationship of Dhruv and Kavya. What people loved most was the rawness of the love story between Dhruv (Dhruv Sehgal) and Kavya (Mithila Palkar). It was hard to accept that a love story about two regular people can be so refreshing to watch on screen. The characters were original, the writing was like a breeze, and all of it made the show a huge success. So much so that the second season of it came on Netflix.

If we were to choose and give credit to one thing for the show’s success, it would undoubtedly be the way Dhruv and Kavya handle their ups and downs, highs and lows, and other little things. Credit to creators too, as they manage to show the nuances pretty well. By now you must be wondering what is that special ingredient that Dhruv and Kavya add to their relationship that makes it so heartwarming. Well, worry not. We have dug down (read: watched repeatedly) to present you some of the prominent qualities of the couple which make them an inspiration for each one of us.

Mutual understanding is one of the key pillars to build a strong, healthy relationship. When you watch the show, you would feel that it’s simply amazing how well Dhruv and Kavya understand each other. They know exactly what the other person is going through at a certain moment and respect that. Both of them understand when to take that extra step and do something special when one of them is having a rough day. They also know when to take that step back and give the needed space to each other. Because good people always make sure that their betterhalf gets what they deserve.

If you have ever been in a relationship or observed in reel life relationships, you would’ve known that fights are bound to happen at some point. Dhruv and Kavya are also like normal people. However, one thing you should learn from Dhruv and Kavya is their skill to fight against all the odds in life together, rather than fighting with each other. Through the three seasons, they encountered their fights with maturity, empathy, and deep love.

Never Leave Each Other’s Back!

If you want your betterhalf as amazing as Dhruv or Kavya, you have to remember one thing - Have each other’s back, always! One of the most-talked points of the show was how both Kavya and Dhruv managed to do everything possible within their limits, and sometimes they decided to chuck off the idea of limits to fulfill each other’s desires. Be it traveling hundreds of kilometers to get Dhruv’s ‘Mutton Cutlet’ or their late-night ‘Shawarma hunts’, they both share a sweet tooth they can’t deny.

Acceptance of Both Good and the Bad

If you want to learn one thing from Dhruv and Kavya, you should choose the freedom they give each other where both of them can be themselves. It was one of the delightful highlights of their relationship. They created a shared space where none of them need to pretend anything. They don’t need to change anything about each other. They understand that every individual has a few good and bad things. They accept each other wholeheartedly without hiding anything. Isn’t this the ultimate goal of living together with your betterhalf?

And Finally, the Little Things…

In the end, it’s little things that matter, nothing else. And you know this if you have observed Dhruv and Kavya closely. Two people in a peaceful relationship share so much silence. Both of them share many unspoken, unrealized, and not-very-grand gestures that make each other feel loved, cared and protected. Watching them on-screen, you can notice so many cute little things. Be it Kavya making tea for Dhruv when he is exhausted preparing his paper or Dhruv pampering her when she falls sick. And remember, you don’t need to copy these things. The beauty of it is you can find your little things.

If you are someone who is dreaming about getting a betterhalf like one of them, all you need to do is believe. Believe in true love and most importantly, yourself. Sign up on Betterhalf.ai now to find a compatible partner made in our AI-heaven. Because, hey, compatibility is the new chemistry.

Let’s give it a try now: One Click and All Your Compatible Matches will be Here.