10 All-time Romantic Movies To Watch With Your Betterhalf

10 All-time Romantic Movies To Watch With Your Betterhalf 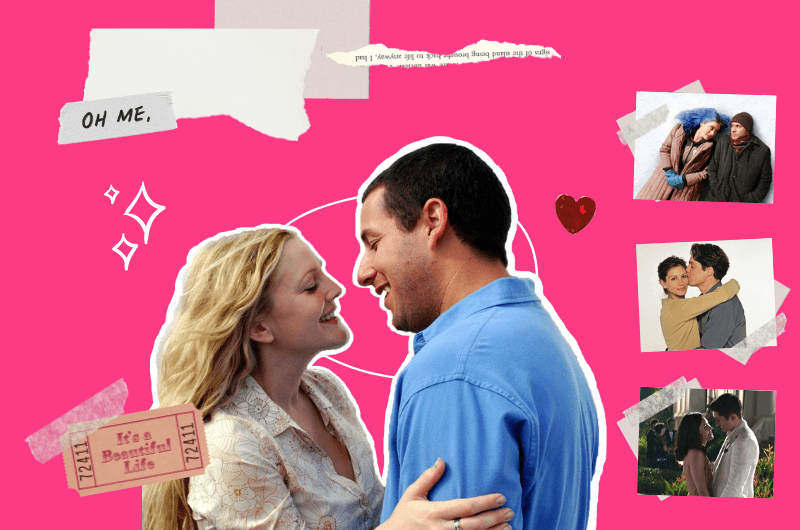 We all have been dealing with COVID for the past year, and honestly, it has become frustrating. Some of us are working WFH, and we have yet to find any sign of a schedule. Never-ending Zoom Calls are a new normal. In such times, a few hours spent watching something romantic with your betterhalf can fix your overall mood and make you recharged for the next week.

We know that you must have finished all the films on your watch list by now, as streaming platforms have emerged as a savior in a time when we cannot go to theatres. We, at Betterhalf.ai, have arranged a list of 10 romantic movies that you can watch with your bae to strengthen your matrimonial prospect. In case your partner is away, no need to worry. Teleparty extension can help you. So, without wasting any further, let’s get to it.

Eternal Sunshine of the Spotless Mind

This timeless classic journey of two lost lovers starring amazing Jim Carrey and mind-blowing Kate Winslet Should be top on your list (as ours) to watch with your partner. We believe this film manages to understand love better than most romantic films ever did. The premise is about a couple who undergo a special procedure to erase each other’s memories and find out the repercussions in a hard way. After finishing the movie, you both will learn how to enjoy every moment while it lasts.

Where to watch: Amazon Prime Video

Crazy Rich Asians live up to its description of ‘The Only Thing Crazier Than Love is Family’. This film will introduce you to the family heritage with a perfect dose of romance in between. Beautifully shot in scenic locations of Kuala Lumpur, Langkawi, Penang, Malaysia, and Singapore, watching this can also help you soothe your eyes and satiate your travel desires.

Want to watch a story that tells you about how hard it is to find love in a world where getting likes is easy? Well, this Netflix Original movie could be a perfect watch for you. The film tells the story of a woman - Who just had a bad breakup - giving a second chance to rethink love. Starring Jessica Williams as a burned-out playwright and Chris O’Dowd as a divorced app designer, this film shows you how blind dates can also have the potential to lead to long-term relationships and eventually, marriage.

Notting Hill fans, assemble! If you have been wondering how we can make a list without Julia Roberts, we assure you that we aren’t making one. This famous 1999 film is all about a megastar film actress falling for a random bookshop owner bloke played by Hugh Grant. If you haven't watched it yet, now would be the perfect time to go on a joyful ride with your soon-to-be marriage partner.

Meg Ryan, one of the high priestesses of the romantic comedies, and Hugh Jackman grace their presence in this movie. Isn’t this enough for you to leave everything aside and start watching it as soon as possible? No? Let us tell you more. This movie is about the journey of a 21st Century woman falling in love with a charming time traveler from the 1800s. Blending romance with science, this could be a perfect movie to watch on weekends with your soon-to-be marriage partner.

Where to watch: Didn’t find any official streaming platform. You know where to find it. Shhhhh, don’t speak the name loudly.

Julia Roberts. Cameron Diaz. Romantic Movie. I think we don’t need to convince you anymore. Watch this 90s classic to understand the process of falling in love and thinking less about the result. If you are in the dating zone, this movie could also help you in the introspection about yourself that you had been delaying for so long. Ready for it?

In our opinion, Crazy, Stupid, Love was the genre-defining one in the time when romantic movies were trying too hard to live up to their genre. One of the good things about this movie is it's casual tone that will keep you immersed throughout the film. To a point that you will not know when it has ended.

A Star is Born

One of the most talked-about movies of 2018, A Star is Born has been one of the most celebrated romantic movies of the year. In his directorial debut, Bradley Cooper will never let you know that he has worn the director' cap for the first time. And LADY GAGA. She is so amazing in the movie that your mind will be blown by her performance as Ally, who is an aspiring singer. Do not forget to keep tissues beside you as it will break your heart multiple times. Also, the soundtrack is a plus.

Starring Adam Sandler and Drew Barrymore as leads, 50 First Dates is a story about a guy wooing a girl day after day because she has no short-term memory. It would be hard for you to find even a dull scene in the movie. If your partner has been ignoring you for some days, watch this rom-com together and there’ll be no shortage of pampering.

If a period film is something you like to watch, this movie can be a perfect watch for you. Set up in post-World War 2, this period romantic drama is a perfect night watch with your betterhalf. And fair warning to you that you will be obsessed with Lily James - who plays a writer from London who learns about a secret book club - once the movie ends. If you want a heartwarming, delightful, and sweet romantic movie, this could be the one.

So, you only need to pick any film from the list, pop some corn and you're set to spend some lovely time with your betterhalf.

Buddhist Matrimony
Christian Matrimony
Hindu Matrimony
Jain Matrimony
Muslim Matrimony
Parsi Matrimony
Sikh Matrimony
Questions You Should Never Ask On A First Date
5 Offbeat Locations Perfect For Your Jain Matrimonial
Your Ultimate Guide To Attending A Jain Matrimonial
How to be Your Authentic Self on a First Date?
Differences Between a Relationship and Dating
Looking for a life partner?
Download the Betterhalf app